The Consumer Electronics Show is always an event colored by the latest and flashiest tech from the world’s biggest vendors. Year after year, the press, and the public are treated to leaps in technology innovation that make us wish the future would hurry up and get here.

The show can’t just be made up of the best, however. There must be a balance to everything, and CES is no exception. We’ve rounded up a few of the gadgets that made us crane our necks in more confusion than anticipation.

Regardless of whether you’re for or against it, if you’re following the cryptocurrency craze at all, you’ll know two things: one is that the term “cryptocurrency” will make just about anyone that can build a PC ear’s perk up and the other is that there’s a new CC released seemingly every week.

The latter came true at CES when Kodak unveiled that they had partnered with blockchain technology company WENN Digital to create Kodak Coin- a cryptocurrency for photographers. This new CC is to be used in junction with the company’s digital rights and asset tracking system called Kodak ONE.

First miss is that Kodak decided to not go with the “Koin” brand ala Mortal Kombat. It really only makes sense from a visual brand perspective that they should have gone the more memorable route. Then again, that’s one K closer to a certain hate group that looks awfully similar to the top portion of the Texaco logo.

Do we need another blockchain based CC to mine when there aren’t enough GPU’s to mine Etherium? Probably not, but that clearly won’t stop Kodak. What concerns us is that if one company decides to jump into the CC ring, will others follow suit? The last thing we would want to see is that every large brand has a proprietary CC that you would need to mine in order to gain access to certain products of perks. It would be the IRL version of loot boxes. F- that.

Virtual Intelligence? Personal Assitant? Whatever you would want to call this unveiling of LG’s little helper that couldn’t, we think we can all agree on one term – failure.

LG’s CLoi is the company’s foray into personal robotics and voice assistants and while it has the looks of Wall-E’s Eve, it certainly lacks the charm.

The live demo failed in spectacular fashion, with the assistant remaining very quiet and unresponsive after only following a single voice prompt. While tech demos not functioning properly isn’t a new thing, see the 2015 E3 UNCHARTED 4 stage fright debacle, the real fail here is the lack of innovation and fresh ideas. The things David VanderWaal, the presenter, was asking of CLoi to do were nothing that you wouldn’t already be asking your smartphone or home assistant. There’s no pushing of what voice command assistance can offer. Even if CLoi did work, it would have just been an also-ran that failed to make a difference in the smart assistance category.

Washing clothes isn’t fun. We doubt you know many, if any, people that enjoy the act of doing the laundry.

When we first heard of the Foldimate, we were hyped. The idea of a machine that could fold your clean laundry would be a gift from the gods.

Then we were hit with the reality of how the machine works and we’re none too thrilled about it.

Firstly, you can only insert one article of clothing at a time. Okay fine. Then for each article of clothing, you have to flatten it out and clip to a sort of tray. Ugh. And it isn’t just one clip. And it can’t fold socks or underwear. And it’s estimated to cost nearly $1000. And it’s the size of a household washer or dryer!

There are too many statements wrong with this picture to get excited about this device. If you can afford the Foldimate, you can afford a laundry service to wash and fold your clothes in a place other than your house. 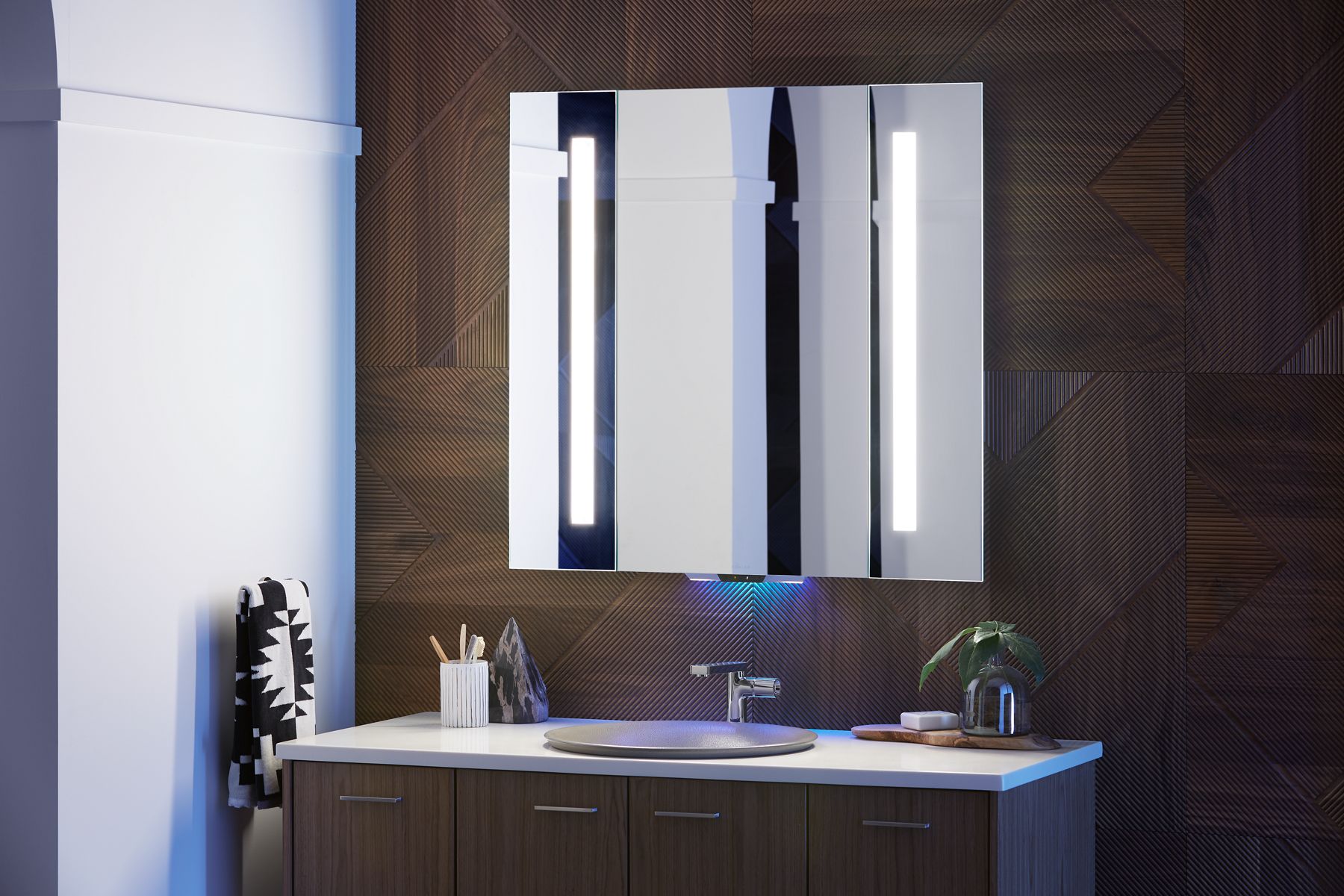 If there were ever a product that felt like it was just doing too much, Kolher’s Intelligent bathroom would certainly be nominated for “Doing the Most” without actually doing anything. Let me explain.

This year’s addition to the collection comes in the form of the Veranda Voice Lighted Mirror with Amazon Alexa. The bold is to highlight the full length of the name, which is a lot. What is not a lot, however, is what the “smart mirror” is capable of. Outside of the Alexa features that are built into the mirror, there are voice controls for the dimmable LED lights and motion activated night lights. Oh, and reflecting light, like a regular mirror.

If you’re balling enough to have outfitted the rest of your bathroom with other Kohler smart bathroom devices, then you can use the Veranda’s built-in voice controls to manage them, Of you can just use the app while dropping a deuce like the rest of us.

Depending on how you feel about the anime Sword Art Online will most certainly determine which of the polarized camps you fall into on this one. On one hand, you may have thought the show was pretty good and consider yourself a fan. On the other hand, you may have been so let down that you could go the rest of your life without ever needing or wanting to hear the names Kirito and Asuna in the same sentence.

Regardless, if you watched the show, then this product should look familiar. The Elucidator is a one to one scale replica of Kirito’s sword from the first arc. Not only is a full-scale model, but it has LEDs, a six-axis sensor, voice recognition, and a speaker that all work in unison. This allows you to wield the prop like Kirito in the anime and it will respond with different lighting and sounds as if you were actually in SAO. Not only that, but you can “full dive” into character by calling out names of moves Kirito used in the show and the sword will respond accordingly.

We can’t say that we’d shell out money for this, but if anyone wanted to go really hard into cosplay for Kirito, then this may be the best prop to get.

That’s our list of the more esoteric products shown off at CES 2018. If there was something that you heard of that you think should be on this list, feel free to shout it out in the comments below.

Growing up the son of a West Coast Video Manager, Sean-Paul has literally been playing video games for as long as he can remember. Starting as a wee little boy in his room with a 7” black and white TV and his Atari 2600 with Tank Plus, not much has changed, just the room and television have gotten bigger. When not gaming, Sean-Paul is usually cooking, watching anime, or riding his bike around Singapore and dreaming up his next computer build.

The latest and greatest in tech, anime, and general geekery